Turbo™ is a native of Brooklyn New York where he lives today. Thanks to Mom, Turbo™ was exposed to great music from The Beatles, Hendrix, The Stones and others at a very young age. That early music awareness grew into the passion for rock and heavy metal that Turbo™ shows and shares today. 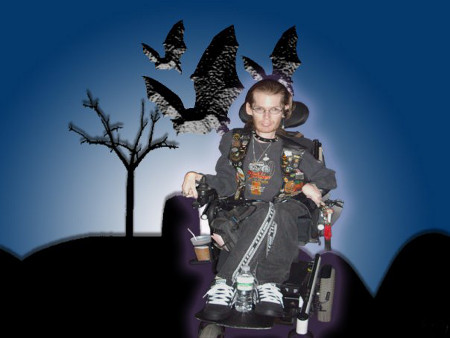 His dedication to rock and metal music has driven Turbo™ in his work behind the mic and on camera. Along with being the co-founder of Bullspike Radio™, Turbo™ hosts The Asylum™ which presents a heavy metal playlist and interviews with today’s top rock and metal performers.

Turbo™ also spreads the word about the music he loves by promoting shows, writing reviews and creating PR material for rock and metal bands.

Along with his work supporting the metal community, Turbo™ has been recognized for his freelance video work and direction. Many of Turbo’s™ productions over the years have been featured on the MDA Labor Day Telethon where millions of viewers learned about the stories of children with neuromuscular diseases and their families. 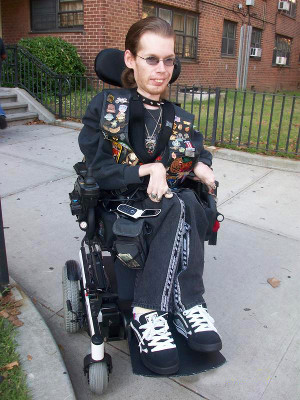 Speaking of that, Turbo™ faces every day with spinal muscle atrophy which is one of the neuromuscular diseases MDA is researching treatments for. Television viewers have watched Turbo grow up through his annual apppearances on the MDA Telethon. His support for the work of MDA motivated him to create Rock Against Dystrophy with his brother Jay Scorpion. It’s one more way Turbo shows support for the rock and metal community as they perform to support MDA.

When he’s not at work on one of his many projects, Turbo™ is heavy into the NY Rangers, watching pro-wrestling and checking out the latest movies.