SNEW Bringing It To Ya – Turbo Rules
Skip to content 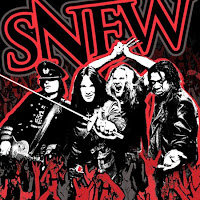 Everyone has that group of bands that they remember exactly how they first discovered them.  For whatever reason that first exposure sticks with you.  For me one of those bands is California rockers SNEW.  I was just beginning to make my way into the world of rock and metal as an internet DJ and I was watching That Metal Show when I saw a commercial for the 2010 album We Do What We Want.  I decided to reach out to them to see if they’d send a rookie DJ a copy of the album to help get the word out.  Not only did they send the album but my brother Jay Scorpion and I have become friends with them, helped put together a show for them here in New York, and support each other in full.  So when I got their new album What’s It To Ya before it’s release I was stoked and honored to get it early AND be included in the liner notes.
All the mushy stuff out of the way, I can tell you as a fan of rock and metal that their new album is a definite pick up.  SNEW has taken the fun of the 80s and mixed it with a pure rock sound while filtering out all the glitter and glam that bands like Def Leppard are desperately running away from.  And since rock and metal no longer has a definitive identity it’s reassuring to know there’s a band that can give you good tunes and a good time with no strings attached.
If you’re a believer that rock is a being to itself then the opening track “Release The Beast” should tell you what to expect from it.  A solid dose of riffs from Andy Lux on this track let’s you know how serious they are. The riffs don’t stop there.  Each and every track has plenty of touches from Andy.
One of my personal favorites on What’s It To Ya is “Electrolux”.  Curtis Don Vito’s vocals on this one is similar to Bon Scott and it reminds you instantly of the fun and carefree days of rock in the 70s.  It’s also a great introduction to new bassists Willie Basse as he works hand in hand with drummer Mark Orhrenberger setting a steady rocking yet a hint of blues rhythm.  It’s a song that you could easily put on a workout or long distance playlist.  Then take “Clever Girl” and the title track and add it to your party playlist, both songs say party vibe.
When it comes down to is SNEW is letting the world know that California isn’t all prim, proper, and stuck.  They bring the fun and party back to the rock world. 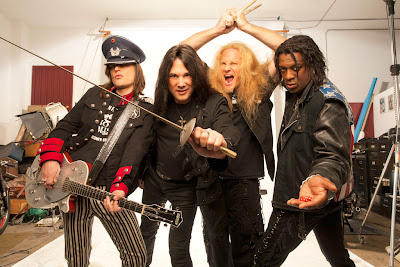