So I was debating whether to do this in writing or a video and decided that writing seems to be the right way to go. To be honest I chose writing because I wasn’t too sure how to put into words how I feel about celebrating my 4th year in radio.

If you would’ve told me when I was in college that in 2013 I’d be celebrating 4 years in radio I’d have slapped you silly or asked what you were drinking cause it must be damn good. And yet so much of what I learned from studying TV production has helped me with my still young radio career.

I need to thank two people right out of the gate. First my brother Jay Scorpion who let me help him with his show The Scorpions Lair when he first began. Not only did he give me something to do at a time when I was question my college decision but he showed me something else I didn’t think was a possibility. Secondly I big thank you to Mike Sisco for asking me to be one of his DJs on an Internet radio station he was starting up. He believed in me and gave me the very first shot at doing my own show that was 100% my responsibility each week.

As for further thanks….there are just far too many people I need to thank. Everyone from the stations that syndicated my show to the bands who want me to play their music on my show and appreciate me doing so. I say to all bands, and mean this, I appreciate you all more than you know. You all always have my support because you believe in the music as much as I do if not more.

My family, both blood and chosen, as well as my friends. Your belief in me and constant support helps me to keep going. Every time I begin to doubt things someone manages to say the right things that regenerate me in the way I needed.

Of course, last but not least the fans of my show and what I do. You are equally important because without you I am nothing. And as a fan of the music I play each week I know what being a fan means and will never forget it.

Here’s to many more years to come of rockin together and only the sky is the limit. So again, to all if you I say…. 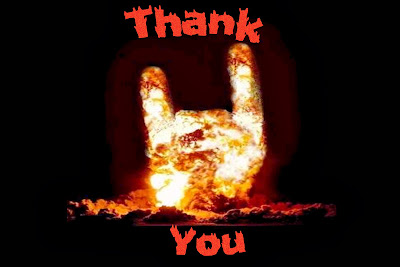 On Cruise Control For A Bit

As you may or may not know by now, I was hospitalized last week for a few days for exhaustion and dehydration. I overdid things and forgot to make time to relax and eat during my work on the NY segment of the MDA Telethon. I have been home since Friday and am regaining my […]

The Scorpion’s Lair Returns on Sunday

After a scheduling issue last week, The Scorpion’s Lair is returning to the airwaves THIS SUNDAY from 3-5pm EST on Brooklyn College Radio. Make sure you listen in as yours truly joins the TSL crew as guest host to bring you great rock and metal music from bands you know and bands you should know. […]

WWE Has A Giggling Ronda Rousey NOT Rowdy

Well, WWE WrestleMania has come and gone. While it wasn’t the absolute blockbuster that some years have been it was still full of more highlights than low. The one question going in was could Ronda Rousey actually compete and successfully in WWE. I for one was skeptical but proven wrong by her in ring performance. […]