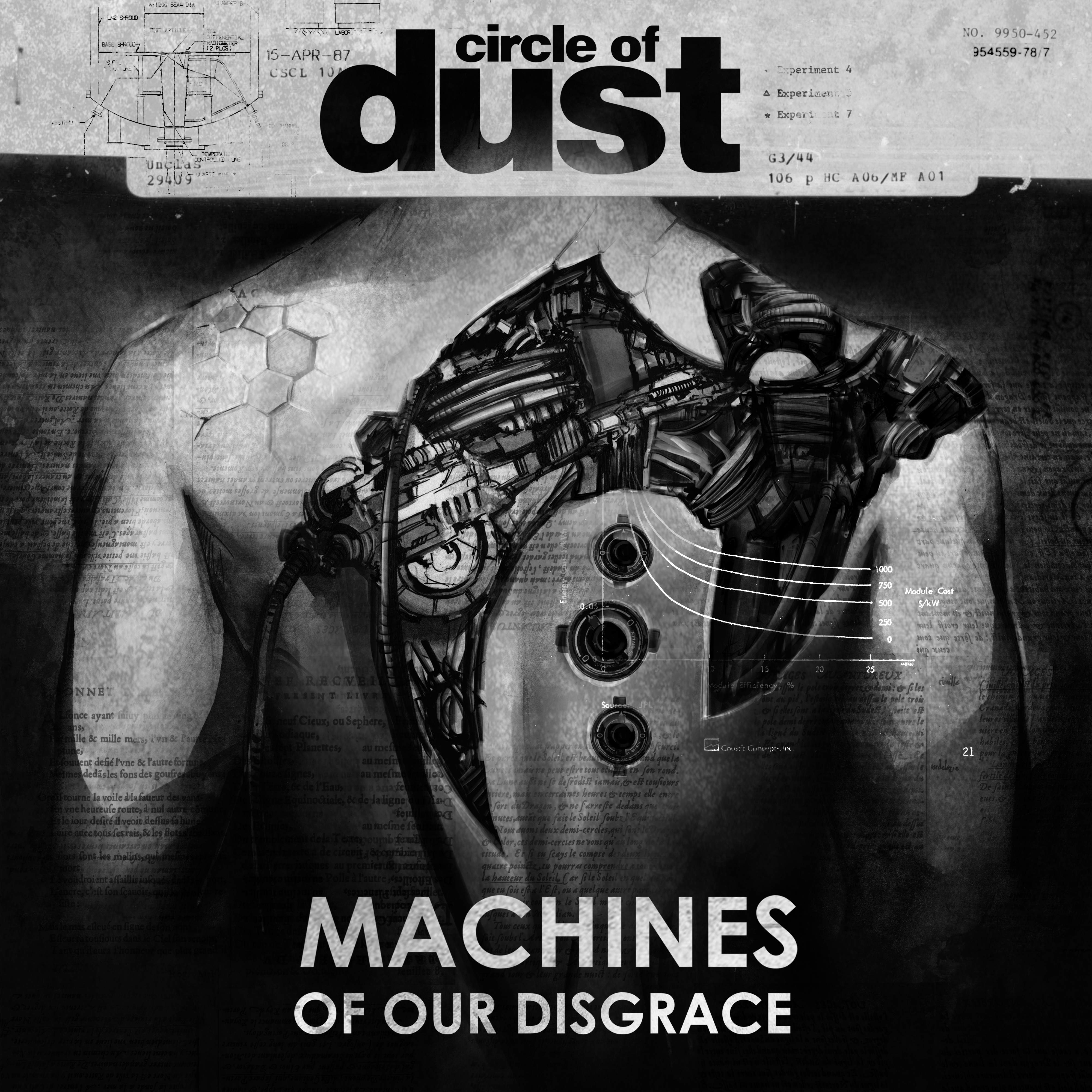 Industrial music pioneer CIRCLE OF DUST has announced a new full-length studio album titled Machines of Our Disgrace, due December 9th (via FIXT), after a near 20-year hiatus. Created by artist/producer Klayton, best known for his multi-genre project Celldweller, CIRCLE OF DUST returns to Klayton’s industrial roots with metal riffs, pulsing electronics and catchy songwriting.
The album will be available for pre-order on November 18th.
Returning for the project’s 5th full-length album, CIRCLE OF DUST pushes the envelope in fusing modern metal and electronic production with gritty industrial noise & samples on Machines of Our Disgrace. Klayton incorporates both aggressive and melodic vocals with thought provoking lyrics about man’s technological evolution, with songs like “Contagion” and the title track “Machines of Our Disgrace” questioning our relationship with technology while “alt_Human” and “Neurachem” explore the world of biohacking and genetic modification. The tracks “Hive Mind” and “Humanarchy” provide commentary on man’s place in modern society’s political and scientific moral ambiguity. The emotionally charged “Outside In” shows CIRCLE OF DUST‘s softer side in a heart-gripping track with lush harmonies, acoustic guitars, pulsing sound design and introspective lyrics.
CIRCLE OF DUST – ‘Machines of Our Disgrace’ (Music Video):
In anticipation of a new album, Klayton re-acquired the rights to his original CIRCLE OF DUST catalog from the 90s, after nearly 2 decades of pursuing a deal to re-gain ownership. In 2016 Klayton remastered and re-released deluxe versions of the entire CIRCLE OF DUST catalogue, featuring over 11 hours of music across 175 tracks from the following 5 albums: Circle of Dust (self-titled), Brainchild, Metamorphosis, Disengage and a side project titled Argyle Park.
CIRCLE OF DUST is back. Prepare to re-engage.

Download a free MP3 of the title track from Machines of Our Disgrace; to get a preview of the album here: