German melodic death metallers DEAEND IN VENICE launches ‘Pledge Music‘ Campaign to record the second album. After two great years and good response on the first album “See you on the ground“, the band planning the next step and the project is called “A view from above“. 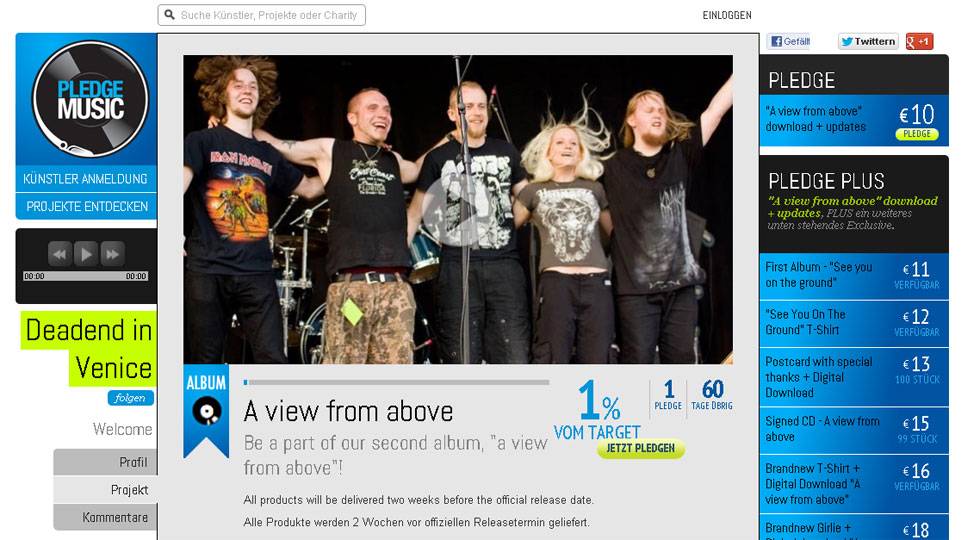 From the band: “Through PledgeMusic you get the possibility to be a part of it! Share the project through facebook or twitter. Whatever way you want to help us spreading the information and raise the possibility to realize “A view from above”. Thanks to all of you!”
With their partly traditional Gothenburg style combined with Metalcore influences the sound got kind of unique. Female Voices and the power of Melodic Death Metal once was the aim. Now it got so much more! Watch out!
Deadend In Venice is: Annabell Klein (fem. vocals), Christian Litzba (Growls), Tim Schmidtke (Guitar), Kevin Klein (Guitar), Andreas Ackermann (Bass), Frank Koppe (Drums)
www.deadend-in-venice.de
www.facebook.com/deadendmetal