Everyone who loves music has learned the best and most opportune times are to buy albums.  And we often wait, sometimes impatiently, for new material to be released.  Within the last 10-years bands began doing double releases; releasing a new album as a single album or as a deluxe/special edition that comes with bonus material.  Most music fans will buy the regular version while those obsessed with music, like myself, will spend the extra cash and get the deluxe/special edition for a few dollars more.  The versions of the album have been released on the same day until recent. 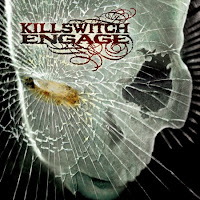 Bands are now starting to bother me with the deluxe/special editions by waiting months or even a year to release an album’s second version.  When Killswitch Engage first released their 2006 album “As Daylight Dies” I made sure to buy it the week it came out as I am a fan of theirs [thanks to my brother] and buying a CD the week it’s released guarantees a sale price.  Then a short time after they re-released the album as a special edition and only added one track; their cover of Dio’s “Holy Diver”.  I was beyond annoyed by this because I refused to repurchase the album despite how much I liked the cover.  And it’s only gotten worse since.

In This Moment released their sophmore album “The Dream” in 2008 and then re-released it in 2009 as “The Dream (The Ultra Violent Edition) with two new tracks and radio edits of songs on the first version.  Why do a second disc of material as a deluxe/special edition after it’s been released?  Why not just wait to release both versions at the same time or just hold the new stuff until the next album is released.  And it’s still happening as just found out today that Lacuna Coil re-released their 2009 album “Shallow Life” as a special edition version in February of this year containing a disc of extra music and alternate cover art.  And I am actually thinking about buying it because I am a huge fan of theirs since discovering them.

But should I or any fan be tempted or even forced to buy a new version months later just because they feel like trying to pump more cash out of us? HELL NO!  While we do have the availability of iTunes to fill in gaps of bonus material from albums we already own, we should not have to do this for bands we like and support.  If a band is going to release a deluxe/special edition of an album then do it when it’s scheduled for released and hold the stuff you come up with after it’s released for the next new album.

Got up nice and early today hoping that I’d be leaving my current 7-year old (or more) chair behind and coming home with my new wheels. But the universe had different ideas. And truth be told rockers I should’ve known it wouldn’t be simple since this new chair has taken over a year to get […]

Guns N’ Roses “Reunion” Isn’t News To Me Just Yet

I’m sure some of you might be wondering why I’m not posting religious news updates like everyone else is with the Guns N’ Roses reunion getting announced. And you are 100% right to wonder.  Well the reason why I’ve basically kept my thoughts on the GnR reunion to opinion on my radio show is […]

What’s the most common illness you tend to get?

Nowadays it’s mostly allergies but when I was a kid I would get pnuemonia 7 times a year until I was 13. Why you ask only until I was 13? Well that’s when my father decided the quit smoking resulting in us finding out that my pnuemonia as a child was cause from second hand […]