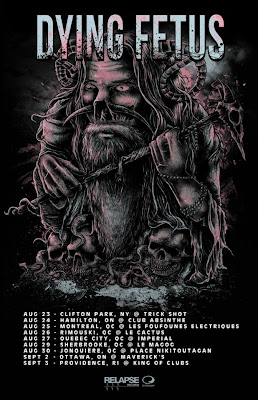 Death Metal powerhouse DYING FETUS have announced a string of Canadian tour dates for later this summer.  This run also includes select dates in the US.  A full North American headline tour will be announced shortly.  The tour is set to kick off August 23rd in Clifton Park, NY and will run through September 3rd in Providence, RI.  A complete list of dates can be found below.

DYING FETUS released their latest album Reign Supreme in 2012 on Relapse Records.  The album is streaming in its entirety on their Bandcamp Page.

A video for the song “Second Skin” is available for viewing HERE.

Reign Supreme is available for purchase from the Relapse store HERE and digitally on iTunes.

For updates on DYING FETUS visit their Facebook page. 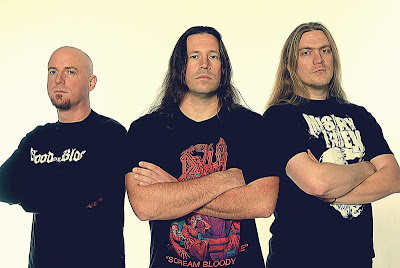 STEVE’N’SEAGULLS RETURN WITH BROTHERS IN FARMS

Viral Internet sensation STEVE’N’SEAGULLS are back. Their second album Brothers in Farms is due out September 9 via Spinefarm.   For the uninitiated, Finland’s S’N’S shot to fame thanks to their bluegrass covers of metal classics, which spread across the w-w-w and garnered fans all over the world and racked up millions of views.   […]

Choosing Death: The Improbable History of Death Metal and Grindcore To See Revised and Expanded Release This April

Originally released on Feral House in 2004, Choosing Death: The Improbable History of Death Metal and Grindcore, is widely recognized as the definitive history of its titular extreme music subgenres. For its (more or less) 10-year anniversary, author Albert Mudrian-editor-in-chief of Decibel Magazine-has chosen life after death in the form of an expanded […]