Normally when people hear about a solo album they tend to brush it off. There’s a certain lack of respect for anything that doesn’t sound like a solid band in name. But every so often there is an artist who solidifies their spot in the music world and if Ace Frehley hadn’t already done so from his years in KISS then his latest solo release “Anomaly” will surely do it.

I personally was first introduced to the amazing talent of the Space Ace when I first became a proud member of the KISS Army back in 1996. At that point I was 16 years old and KISS had been around for about 20 years and I had to dive head first into KISStory to catch up on the years of music I had missed. As I began listening to the 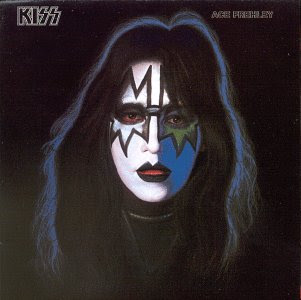 early KISS albums I found myself being amazed at how Ace’s guitar work on those albums is what had inspired the bands I was listening to at 16. His solo’s fit into each song as if they were meant to be there, not just tossed in to sell albums. And as my search through KISStory continued I came across the four solo albums the band released in 1978. And without doubt, and no disrespect to the others, Ace’s was the best of the four and just proved how talented Ace is. And you KISS nay-sayers can throw out at me the old “of course it was the best, it had 2 radio singles”, but take a moment and actually listen to the album in full. The solo that opens “Speeding Back to My Baby” grabs you and slaps you around making you realize that Ace did some amazing things with a guitar.

Fast forward to the present and Ace hit’s us all with his latest album “Anomaly”, 31 years after his first solo album and twenty some-odd years removed from his band Frehley’s Comet which is probably best known for the song “Rock Soldiers”. And after one listen to his latest work I can’t help but wonder why we had to wait so long for this album. It has so many elements of the Ace we know and love plus more.

The big single from the album is “Outer Space” and for Ace this couldn’t be more perfect as the song to get on the airwaves. It’s got a very catchy chorus and highlights his full abilities as a guitarist, but leaves you wanting to hear more just like “New York Groove” did with his 1978 solo album. There 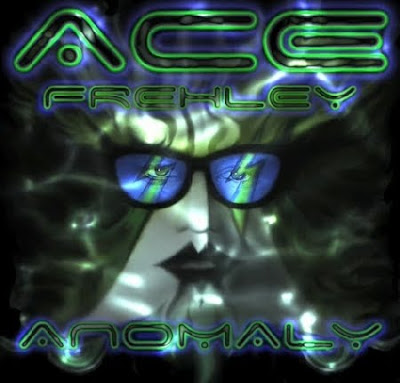 is even a great throwback to the 70’s with his cover of “Fox On the Run” by Sweet. Ace’s version of this 70’s classic is true to the original but just gives it a little more edge.

And the truth be told my favorite tracks on the album are both instrumentals. While the track “Genghis Khan” has a simple chorus that is sung, it is essentially an instrumental track. What’s great about the track is that when it start’s it sounds like they recorded a jam session. But as the song plays out it just turns right from jam session into a song seamlessly. As for my other favorite, it’s a perfect track to close an album with.(NOTE: The iTunes version of the album has a bonus track) “Fractured Quantum” makes you realize how far we’ve come in music as blends acoustic with full electric. You can get the sense of how rock and metal has progressed from its simple start years ago with bands like The Beatles to the more technical and extreme’s of today with bands like Slipknot. And I haven’t felt so much emotion in a song since I heard Edward and Alex Van Halen’s “Respect the Wind”.

I saw on Twitter today that “Anomaly” landed 27th on the top selling albums for the week of it’s release, which proves that rock is far from dead. It’s thriving under the radar awaiting it’s time to take back the reigns. “Anomaly” is a true rock album and is great if your a long time rocker like myself or just finding yourself entering the world of rock and metal.

Show Review: Dream Theater The Astonishing Was Something to Behold

I often would forget about writing a review of a live show if I didn’t do it within a few days of the show. Nowadays I’m around so much music and new music news I forget details of shows besides key songs weeks later. But that’s not the case with Dream Theater. While it was […]

Honestly I wasn’t a fan of Butcher Babies right away. I figured with how quickly they rose from obscurity to the national level that there had to be something gimmicky about them. But my gut kept telling me I was off and I became a fan prior to their last studio album Take It Like […]

It’s definitely safe to say that music is a global entity. Sure sounds made their way around through mix tapes in the mail at one time, nowadays they fly thanks to the internet. Which means different global locations are being inspired to do their take on styles and genres. So when Lonely Dakota came into […]