Alter Bridge/Creed axesmith/songwriter, Mark Tremonti, is gearing up for his first-ever solo project this summer.  All I Was is scheduled for release on July 10th via Fret 12 Records, a company Mark started with Daniel Tremonti and Tom Stanley. Mark’s solo effort, being released under the name Tremonti, showcases his acclaimed guitar playing and incomparable songwriting. The release also marks his debut on lead vocals.  Tremonti features Eric Friedman on rhythm guitar and Garrett Whitlock on drums. Mark’s Alter Bridge/Creed bandmate, Brian Marshall, will be stepping in for the bass duties when Tremonti takes to the road later this year. Long time friend and collaborator Michael “Elvis” Baskette, known for his work with Alter Bridge, Chevelle and Trivium, produced the album.

From the first riffs of album opener “Leave It Alone” to the final notes of the closer “Decay,” it is apparent that Mark’s playing and songwriting are at a new level.  The metal music influences he grew up on ring throughout the album on songs like “So You’re Afraid,” “Wish You Well” and “Giving Up.”  Mark finds his voice; literally, stepping up to the microphone for the first time in his career as a lead vocalist. The depth of his voice carries the melodies on songs like “New Way Out” and “Proof.” The first single, “You Waste Your Time,” will be unleashed at Active Rock radio over the next few weeks and will continue the success at the format that Mark has achieved with both of his other projects.
Mark Tremonti is the Grammy Award-winning guitarist and songwriter known for his work in multi-platinum rock juggernaut Creed and with the critically acclaimed, fan favorite Alter Bridge. Having sold over 40 million records worldwide, this is the man behind massive hits like “My Own Prison”, “Higher”, and “Isolation”—just to name a few.  His sound is recognizable and has garnered him a loyal fan base worldwide. Guitar World dubbed him “Guitarist of the Year” three consecutive years in a row, and he ranked as the “fourth greatest heavy metal guitarist ever” in Total Guitar.
The track listing for All I Was is: 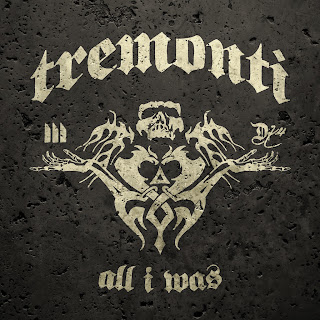 FTW – It’s an acronym that can be seen all across our great nation; it sits proudly next to 1% patches on filthy, greasy leather jackets and flies arrogantly on the backs of Harley Davidson motorcycles.   What does it mean? Fuck The World: A credo shared by bikers, punks and freak flag flyers worldwide. […]

Australian grunge rockers ARCANE SAINTS are coming to tour Canada with a vengeance this September, making up for their spring tour, which had to be cancelled due to an unexpected circumstance. Traveling from Down Under to the Great White North, Arcane Saints will rock crowds from Toronto to Vancouver on a six-day adventure across Canada, kicking off […]

Periphery is streaming their two new albums with Juggernaut: Alpha available via Loudwire (http://loudwire.com/periphery-juggernaut-alpha-exclusive-album-stream/) and Juggernaut: Omega available via Metal Hammer on Wednesday.  The two new albums are set for a Jan. 27 release via Sumerian Records. The band is on the current cover of Outburn Magazine, drummer Matt Halperson graces the February issue of […]