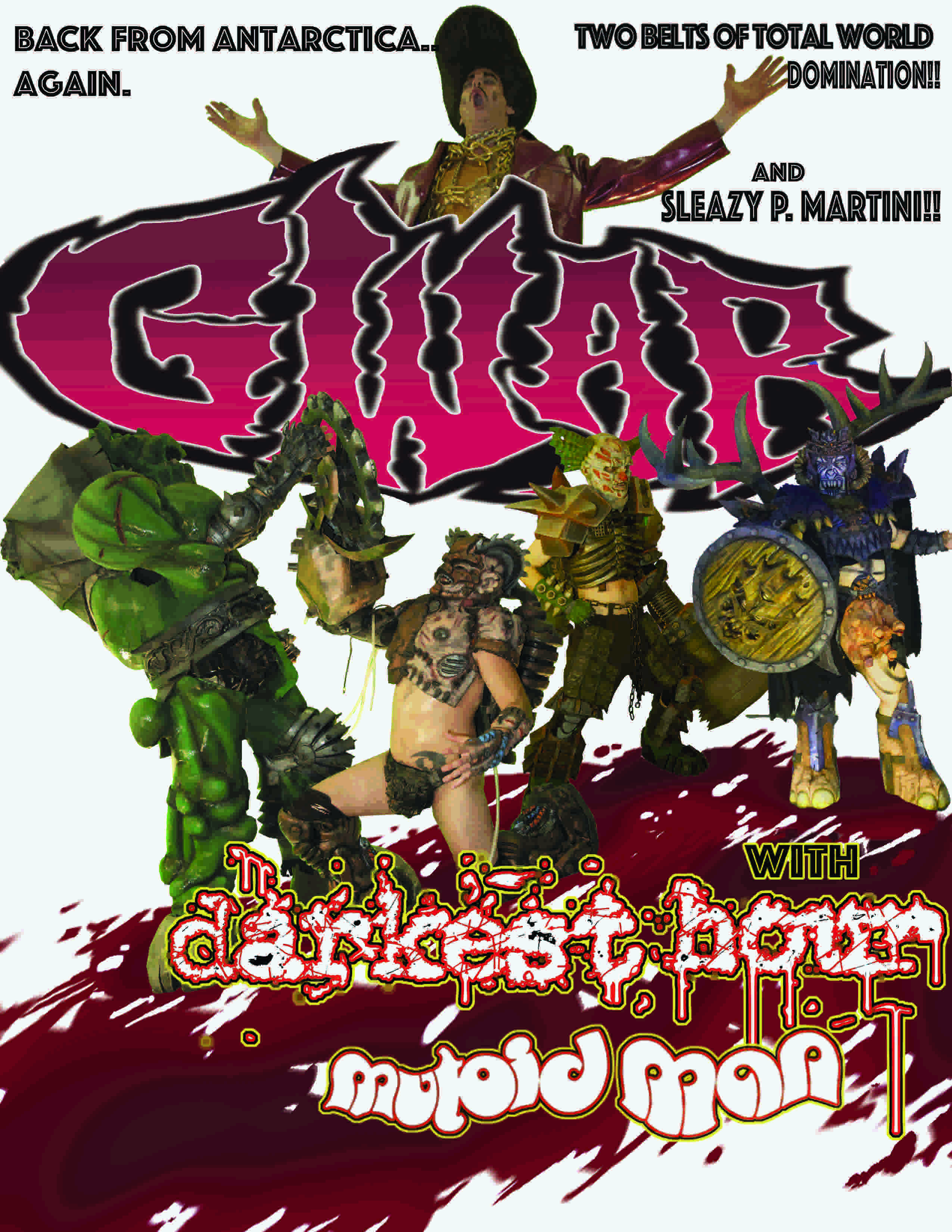 Following another extremely successful GWAR B-Q, your Lords and Masters are GWAR pleased to announce another round of tour dates for this October.  Joining them on the tour are Darkest Hour and Mutoid Man.  This run kicks off October 27th in Norfolk, VA and runs through October 30th in Washington, DC.  Tickets for the Washington DC show go on sale August 25th while Norfolk and Millvale shows go on sale this Friday August 26th.  Details on the Brooklyn show will be announced soon.
These new dates are in addition to their previously announced dates with Crowbar and Mutoid Man as well as their appearance at Riot Fest Chicago.  A completed list of dates can be found below.  It has also been confirmed that Sleazy P. Martini will be accompanying the band on all of these dates, who had the following to say:
“As manager of GWAR and America’s benevolent deep state dictator Sleazy P. Martini. I want to encourage as many Americans as possible to shun the false left-right dichotomy that is politics and make their voices heard by coming out to see GWAR defend their belts on tour this year. And while your vote will have no effect on the Presidential election this year you can take pleasure in watching Trump and Clinton fight to the death. So come out and support democracy by watching GWAR take on all comers in a political death match knowing that at least it’s not rigged… this time.”
GWAR W/ Crowbar and Mutoid Man:
9/14: Cincinnati, OH @ Bogarts
9/15: Cleveland, OH @ Agora
9/16: Chicago, IL @ Riot Fest (Humbolt Park)*
9/17: Detroit, MI @ Harpos
9/18: Buffalo, NY @ Town Ballroom
GWAR W/Darkest Hour, Mutoid Man
10/27: Norfolk, VA @ The Norva
10/28: Millville, PA @ Mr. Smalls
10/29: Brooklyn, NY – Venue TBA
10/30: Washington, DC @ 930 Club
Spread the love

BROTHER FIRETRIBE Streaming Song “For Better or For Worse” on BraveWords.com