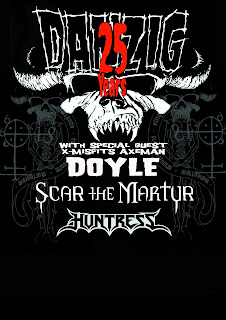 Underoath, who surprised fans last week with the announcement of a new album, Erase Me (April 6, Fearless Records), have also confirmed a Spring trek across the U.S., dubbed the Nø Fix Tour. Every ticket purchased for the upcoming tour will include a digital download of the new album. “We cannot wait to play songs […]

ALPHA OMEGA Management is thrilled to announce the signing of the Gothenburg’s atmospheric Death/Black Metallers NOX VORAGO! Formed in 2006, NOX VORAGO‘s goal has always been, and always will be to create something inspired by the entire width of the metal scene, thus incorporating the elements they like into their music and creating a well-written […]