You might think that I go to a lot of shows but the truth is when your funds are limited you gotta choose your shows wisely. I usually base my decision on the price of the ticket and the venue. And my latest was a very smart decision as I was one of thousands who packed Madison Square Garden to see Metallica play there for the first time in 10-years.

Most people buy a ticket and get to the venue for the headline act, but not yours truly. I believe in getting to a show for the ticket start time and catching the openers, whether they are good or bad. Originally I thought the show was just Lamb of God and Metallica but there was an opener for them. That bands name is Volbeat. And they were better than some opening acts I’ve seen in the past. Though they need to learn to speak clearly because no one in the building knew who they were until Metallica thanked them. To describe Volbeat as a type of metal that I would label them as, if you had to, is Hillbilly Metal or even Rockabilly Metal. There is a lot of the old southern rock like Elvis and Johnny Cash in there sound. And for a newer band out of Denmark that’s a nice sign that younger bands are finding the older influences in the medium. 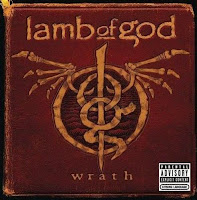 Following Volbeat was Lamb of God, the first of the newer metal bands to play at Madison Square Garden to my knowledge. And the put on a great set as well. They played 4-songs of their latest album “Wrath”
using the first 3 songs from the album, in order, to start their set. “Set to Fail” is one of my two favorite tracks on the new album and was awesome live. I wish they had played my other favorite “Fake Messiah” but hey you can’t have them all. The songs that seemed to get the biggest response from the crowd were “Now You’ve Got Something To Die For” and “Redneck”. Although no one attempted any kind of mosh pit until the last song in the set, “Black Label”. And that had me thinking that Lamb of God, though they slammed the building, is a band best left for a smaller venue like Roseland because they can connect better with the fans. Lamb of God brings such passion and intensity with their music that an arena just doesn’t seem like a natural fit.

Before I get to my thoughts on Metallica I want to give a lot of credit to all three bands for performing in the round. As if it isn’t tough enough to do a regular stage setup to move left to right to play to both sides but to play where you have to move to play to all around you in a 360 degree setup is amazing. And the other great part about the round setup is it allows for more tickets to be sold which usually results in a lower ticket price. So it’s a win for everyone involved. 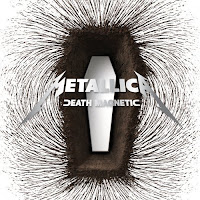 The anticipation in the building grew as the roadies began setting everything up for Netallica to take the stage. Several times my friends and I jumped thinking it was time, but once “The Ecstasy of Gold” began we knew it was time for Metallica. And since this is the World Magnetic Tour I doubt anyone was surprised with “That Was Just Your Life” and “The End of the Line” being the first songs they hit us with. But knowing that the majority of the building were long time fans they immediately went to some old school Metallica. I had always felt that the song “For Whom the Bell Tolls’ was one of their most intense song and man was I right. Now I had heard it live 10-years ago when Metallica played The Garden for the only US date of “S&M” it was just more intense because it was just the raw power of Metallica bringing it to you. And of course “Holier Than Thou” is always great to hear live.

Now some may disagree but I was thrilled and surprised that they played “One”. Yes you may say it’s a trademark song for Metallica but I could easily see it swapped out for “Wherever I May Roam” or even “The Unforgiven”. But with that said the added pyro to the opening effects made it amazing, you gotta love feeling the heat of pyro at a metal show. Another nice surprise for me was their cover of Bob Seger’s “Turn the Page” from the “Garage Inc.”. It has always been a favorite of mine because everyone knows the feelings being expressed by it whether your in a band or just a fan.

As soon as “Master of Puppets” hit it was like someone turned on the moshing light as random pits broke out around the stage. I couldn’t help but laugh in between singing along because the security stood there like deer in headlights not sure whether or not they should stop it. Truthfully I think the only reason they didn’t make an attempt to stop it was because they were afraid of getting their asses kicked upside-down and sideways. After that things calmed down as they went to “Nothing Else Matters” followed by the song everyone and their mother knows “Enter Sandman”, after all the non-lifers would complain if that wasn’t played. Though the encore paid tribute to the hardcore fans with their cover of Diamond Head’s “Helpless”. Which was followed up with “Whplash” and “Seek and Destroy” to end it all, both perfect choices to end a show as they force you to use any remaining energy you have left leaving you with barely enough energy to get home. 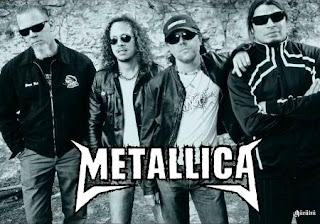 In recent years there have been bands that have been formed from bands breaking up or just wanting to try a side project with friends.  These projects often get lumped together until the title of SuperGroup and usually just do one album and call it a day.  But there are always exceptions to the rule, […]

Album Review: OVERKILL Will Get Your Motor Running With “The Grinding Wheel”

Many of rock and metals great bands have been putting out some of their best work in recent years. Megadeth‘s Dystopia got high marks last year, Anthrax has come out swinging with Worship Music and For All Kings, and New Jersey’s thrash legends Overkill are on that list as well. If you loved White Devil […]

Album Review: You’ll Be Hearing In Perfect “MMXX” With SONS OF APOLLO

But once I got the entire thing and saw how it leads into the album to set the mood.