Make your own banner at MyBannerMaker. com! 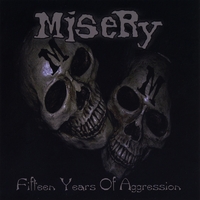 Later this month, New York City’s self-described “pop cock rock” band MOTHER FEATHER will join The B-52’s on their Halloween Scream NYC tour dates at the Space at Westbury Theater on October 28th and Webster Hall on October 29th. See below for event details and ticketing information.   MOTHER FEATHERw/ The B-52’s: 10/28/2016 The Space […]

Song To Be Featured On Record Store Day Seven Inch ATREYU, one of the most prominent bands of the ’00s American metal scene, exited a period of self-imposed dormancy in 2014 to the delight of fans. They played several shows. They released a brand new song, “So Others May Live,” which became an […]