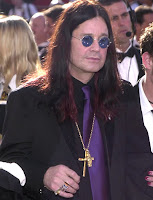 I don’t think that there is a person above the age of 14 in the world that doesn’t know the name Ozzy Osbourne, or to some just Ozzy.  Whether it’s MTV Generation people who watched the first family-based reality series “The Osbournes'” or the rock and metal heads that know everything from his career or the drunk girls at karaoke who attempt his song “Crazy Train”, his name has as much notoriety as the President….if not more.  And I wonder if his soon to be released album “Scream” should be his last.

The world first got to know Ozzy Osbourne as the front man of Black Sabbath back in 1968 and had no clue what the metal gods had thrust upon it.  Even back then he was hard to understand and that was when he was just drinking heavily.  And in 42-years in the music industry he has been kicked out of the band that many believe he made famous, started a solo career that is still going, lost a close friend and world class guitarist (Randy Rhodes), done more drugs than you can imagine, started the biggest metal fest in the states (Ozzfest), sobered up, done TV, toured the world several times over, AND recently a bestselling author with his autobiography “I Am Ozzy”.  And that’s all off the top of my head and all of those are achievements even some celebrities can only dream about, let alone the everyday working man.  But all that has played Hell on Ozzy in ways no one can understand yet everyone expects him to be the “Iron Man” he sang about years ago.

I am a strong believer that if someone feels they can still be at the top of their game that retirement should not be thought about one bit.  However there has been more than enough proof in recent years that Ozzy should be thinking about packing it in.  We all know the fiasco between his wife Sharon and Iron Maiden a few years back on Ozzfest when Sharon expected Maiden to double their set time on the nights Ozzy was too exhausted to perform.  Which we all now know was Sharon’s fault for booking too many back to back dates that year.  And if that’s not enough for you than let’s go to the co-headline tour Ozzy did in late 2007/early 2008 with Rob Zombie, a tour I went to where I saw both live for the first time.  And truth be told I felt bad for Ozzy that night and was disappointed because you could barely understand him and after every song he would rush to the drum riser and take a hit from little oxygen containers.  I felt like there should have been subtitles on the video screens for those that didn’t know the songs.  Is this the way a legend is supposed to go out?  Barely able to perform and possibly pass out on a stage in front of thousands? 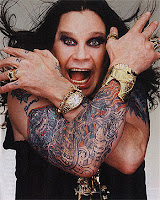 I have nothing but respect for Ozzy and dream of one day soon meeting the legend but I truly feel it’s time he says his goodbye to the fans.  Make the next Ozzfest his last to perform in, do one big tour hitting all the major cities and bow out on top.  It’s better to go out with a “Scream” than go out collapsed in a heap.

I promised you rockers I’d work fast to get a new home for the podcast of THE ASYLUM since Mevio is no longer there.Well thanks to help from my bro Bob we found a great new site called Podcast Garden to host the show. The new podcast home for THE ASYLUM can be found HERE.The […]

Sorry for the short notice again but The Scorpion’s Lair will not be on the air again this week. Our guy Bobby is sicker then a dog and there is no one else available to help us run the equipment. Next week we won’t be on either BUT you can join us at Cha Cha’s […]

What’s your weakness? Your kink? Your passion? Whatever you want to call it. What is it in a person that just gets to you. Personality wise, looks wise, whatever. What makes you interested and want to know more?

I’m assuming that by this you mean what would get me interested in a woman. While some guys will say it’s a certain part of the body that does it for them, me I look at the whole picture. I’ve seen some woman with amazing bodies but not a pretty face and I’ve seen the […]