As brutal as the production of Waldemar Sorychta is the diverse songwriting on the new studio album Epitome of Torture, a kind of tour de force through the history of thrash metal, featuring harsh arrangements, melodic solos and raging vocal attacks.

Epitome of Torture will be released in Germany on April 26th, in Europe on April 29th and in the US/Canada on May 7th through Steamhammer/SPV and will be available in four editions: as a jewel case release, in a digipak including additional bonus material on double gatefold LP with colored vinyl and download. 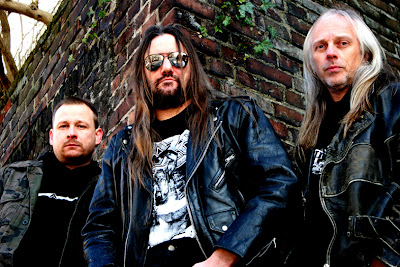