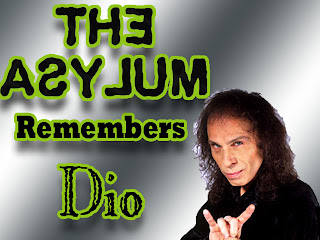 This week we did an extended version of Cell Block 5 to remember Dio, tough to believe it’s been a year already that he’s gone.  A bunch of other great music this week as well, here’s this weeks playlist.

Catch THE ASYLUM every Wednesday from 2-5PM EST on BullspikeRadio.com and get your requests to Turbo@bullspikeradio.com.