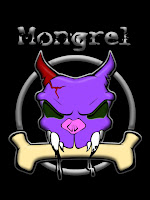 This week we were joined by Adam Savage of Mongrel to talk about their upcoming album “Reclamation” and music in general.  Here’s the playlist (click here for podcast):

Catch THE ASYLUM every Thursday from 10PM – 1AM EST on BullspikeRadio.com and get your requests to Turbo@bullspikeradio.com.