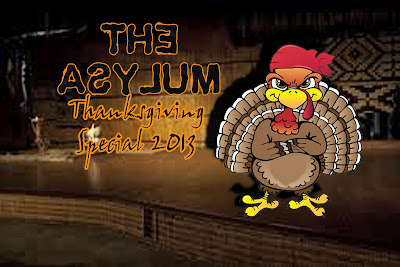 This years Thanksgiving special was stuffed with ALL music.  Playlist is below (click here for podcast):

Catch THE ASYLUM every Thursday LIVE from 10PM – 1AM EST onBullspikeRadio.com, Replay every Sunday from 9:30PM – 12:30AM EST on CNEU Radio, Replay every Tuesday from 9PM – Midnight EST on NUROQ FM Radio, and send your requests toTurbo@bullspikeradio.com